People for the Ethical Treatment of Soccer Stadiums 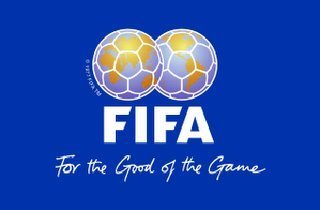 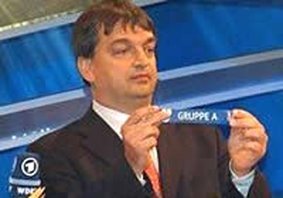 What PETA is for animals, FIFA is now likely to become for soccer stadiums. The Jerusalem Post reports:
FIFA considers action over air strikeWorld soccer's governing body (FIFA) has raised concerns with the Israeli government after the IDF targeted the main soccer stadium in the Gaza Strip with artillery fire. FIFA said Friday it is considering possible action over the air strike.The shells, which reportedly left a large crater in the center of the field, were fired early last Friday morning in response to Kassam rocket attacks. Those attacks included one rocket that landed on a soccer field at Kibbutz Karmiya, south of Ashkelon, the day before.The IDF has acknowledged that the stadium was specifically targeted to "send a strong message to the Palestinian people against terrorism.""Knowing the stadium was unpopulated, artillery fire from Israel was fired directly at it," said the IDF Spokesman. "The terrorism is coming from within them, and they need to know that they are the ones suffering."The fire took place at a time when the Palestinian national soccer team is taking part in the Asian Football Confederation (AFC) Challenge Cup in Bangladesh.Jerome Champagne, a representative of FIFA's president for special affairs, this week sent an official letter to Israeli Ambassador to Switzerland Aviv Shiron, asking him to explain why the stadium was targeted before FIFA decided what action, if any, to take."Hitting a football stadium is absolutely counterproductive for peace, because today football is the only universal tool that can bridge gaps," he said.Champagne added that the field was not being used by Palestinians as a missile launching pad, as Shiron had originally claimed.The former FIFA deputy general-secretary said that Israeli checkpoints have made it impossible for the Palestinians to develop their own league since 2000, and he refused to condemn the Kassam attack on Karmiya. (...)When asked about the threat of Kassams, Champagne, a French national, said, "The Gaza Strip was occupied since 1967. [France was] occupied by Germany three times in the last 100 years. Do you think we could just kiss and make up after six months?""No part of Israel is occupied by the Palestinian people. It is not right to occupy a people," he added.And that from an organization which adamantly refuses to be "drawn into any political wrangling" - when it comes to Iran, that is (or the Taliban mass killings in the Kabul soccer stadium, for that matter).