The Islamophobia Circus Comes to Town 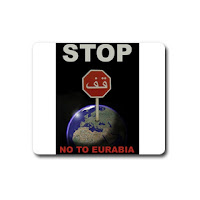 The European Union has identified the worst problem facing the continent—“Islamophobia:” Europe’s Muslims face rising ‘Islamophobia,’ new EU report warns. (Hat tip: WriterMom.)
VIENNA, Austria: A German Muslim says his neighbors suspect he is making weapons inside his mosque. An Austrian believer complains that some dog owners set their pets on her when they pass her on the sidewalk.
Such acts of “Islamophobia” are on the rise across Europe, where many Muslims are menaced and misunderstood — some on a daily basis — the European Monitoring Center on Racism and Xenophobia warned Monday in a new report.
The Vienna-based center, which tracks ethnic and religious bias across the 25-nation EU, said Muslims routinely suffer acts ranging from physical attacks to discrimination in the job and housing markets.
It called on leaders to strengthen policies on integration, and on Muslims to “engage more actively in public life” to counter negative perceptions driven by terrorism or violence, such as this year’s backlash to cartoons depicting the Prophet Muhammad.
“The key word is ‘respect,’” said Beate Winkler, the group’s director. “People need to feel respected and included. We need to highlight the common ground that we have.”
Since the Sept. 11, 2001 attacks, many of Europe’s nearly 13 million Muslims feel “they have been put under a general suspicion of terrorism,” Winkler said.
Yet, oddly enough, Jews are attacked four times as much as Muslims. This problem apparently pales in comparison to the unjust suspicion Muslims have suffered after the September 11 attacks, the Madrid train bombings, the London bombings, the Bali bombings, the murders in the Netherlands, the murders of hundreds of children in Beslan, the violent demonstrations against cartoons ... well, you get the idea.
LONDON — Jewish people are four times more likely to be attacked in Britain because of their religion than Muslims, according to figures compiled by the police.
One in 400 Jews, compared with one in 1,700 Muslims, are likely to be victims of faith-related hate attacks every year. The figure is based on data collected over three months in police areas accounting for half the Muslim and Jewish populations of England and Wales. The crimes range from assault and verbal abuse to criminal damage at places of worship.
Police forces started recording the religion of faith-related hate-crime victims only this year. They did so on the instruction of the Association of Chief Police Officers, which wanted a clear picture of community tensions around the country, following reports of Muslims being attacked after the September 11, 2001, terrorist attacks and the July 7 London bombings last year.
However, the first findings, for the July-September period, obtained by the Sunday Telegraph under freedom of information legislation, show that it is Jews who are much more likely to be targeted because of their religion.
In London and Manchester, where Muslims outnumber Jews by four to one, anti-Semitic offenses exceeded anti-Muslim offenses. The figures do not record the faith of the offenders.
LGF
Eingestellt von Medforth um 5:11 PM