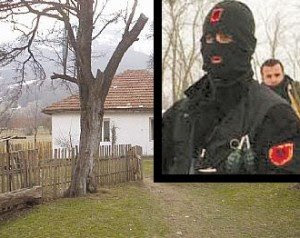 The last Serbs in the village Kriljevo, near Kosovska Kamenica in the southern Serbian province of Kosovo and Metohija, were found dead in their house on Friday, December 5, 2008.
Municipal President Boban Jevtić told Serbian media that Stanko (77) and Stanica (74) had been murdered and that he was notified of the discovery by the Kosovo Albanian police, which has cordoned off the entrance to the village.
He told Kosovo-Metohija Radio that he received information from the trusted sources that the elderly couple was, indeed, killed in their own house.
“I have learned this from the eyewitness whom I prefer not to name for his own safety, but he saw them being murdered,” Jevtic said.
END_OF_DOCUMENT_TOKEN_TO_BE_REPLACED
Eingestellt von Medforth um 3:38 AM