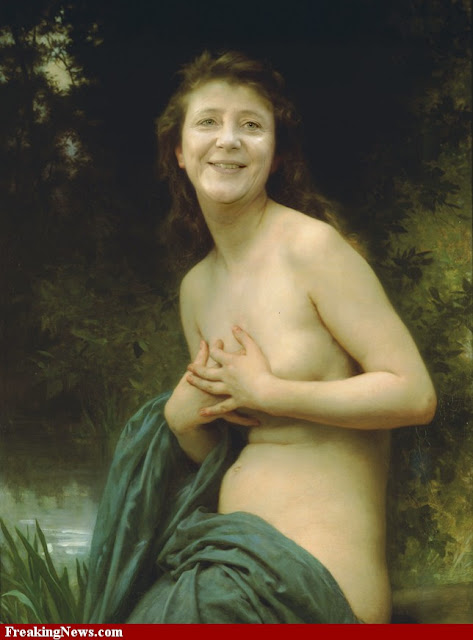 Thousands of valuable pieces of art the Nazis stole before and during World War II were never returned and are still stored in German museums, and some of them have made their way into government offices in Berlin, according to a new report.

A carpet from the collection of Nazi leader Hermann Göring, for example, is lying in the German Chancellery in Berlin, Der Spiegel magazine reported this week. Tapestry from the same collection can also be found in the German government’s guest house in Petersberg near Bonn, and a sofa from the possession of Adolf Hitler’s personal art thief Hans Posse stands in the office of the president, the magazine found.
In an investigation in Bavaria, Spiegel reporters found countless heirlooms of leading Nazi officials, including a platinum watch that Hitler gave as a birthday present to his future wife Eva Braun in 1939.
“Currently, the gem is called ‘Stored Item 3rd Reich’ in a Munich museum, registered as an ‘Estate of Eva Hitler, formerly Eva Braun,’” the magazine writes.
After World War II, the Germans started looking for the rightful owners of the stolen artwork but once the search was concluded in 1966 many items were loaned to museums. More than 650 pieces of art went to government offices, according to the Spiegel investigation.
Besides Eva Braun’s watch, Munich’s Pinakothek der Moderne museum also has countless objects from the possession of Goering, who was notorious for looting property and artwork, much of it from Jewish owners. Such items includes platinum tie rings, gold cufflinks, a ring decorated with diamonds, a golden champagne goblet and a gold cigarette case decorated with diamonds that his wife and daughter had given him in 1940.
More...
Eingestellt von Medforth um 4:51 AM