NY Times’ Kristof: AIPAC and NRA Are Like Pigs 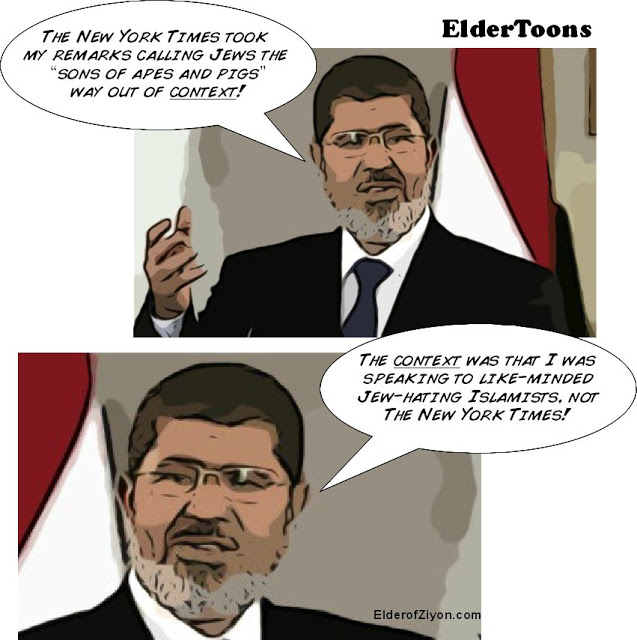 Nicholas Kristof, a New York Times columnist for more than a dozen years, has made a name for himself as a defender of social justice causes such as poverty, gender injustice and, in particular, the brutal mass murders that have taken place in Sudan.

Kristof is also well known among strong pro-Israel supporters as a Blame Israel Firster, who rarely misses an opportunity to bash Israel for all problems in the Arab-Israeli conflict.

In June, 2010, Kristof wrote a column in the New York Times, “Saving Israel From Itself.” In 2011 he penned “Is Israel its own Worst Enemy?” In the latter, he claimed that Israeli Prime Minister Benyamin Netanyahu’s “hard lines on settlements” was like a “national suicide policy.” According to Kristof, nothing – not terrorism, not suicide bombing, not the slaughter of Jewish babies in their beds – “is more corrosive than Israel’s growth of settlements because they erode hope of a peace agreement in the future.”

M.J. Rosenberg is a former centrist who, over time, become increasingly obsessive and offensive regarding Israel. At one time Rosenberg worked for the American Israel Public Affairs Committee. After his four year stint at AIPAC, Rosenberg bounced around Washington, D.C. working for various Democratic politicians and later worked as the policy director for the leftist think tank the Israel Policy Forum. Eventually, Rosenberg was hired by the radical left Media Matters for America, a George Soros-funded media attack-dog group whose snout is trained firmly on conservative media.

In early 2012, various writers for Media Matters were criticized for using such offensive terms as “Israel Firster” to describe strongly pro-Israel members of Congress. The “Israel Firster” appellation implied that those American politicians care more about Israel than they do about the U.S. Rosenberg was a repeat offender, using the Israel Firster term to attack pro-Israel politicians.

Media Matters came under increasing attack for what some saw as anti-Semitism. In particular, liberal Harvard Law Professor Alan Dershowitz came out after Media Matters and M.J. Rosenberg with guns ablazing. Last spring he warned that Media Matters might cost President Obama this election, and urged the president to distance himself from the group.

“Rosenberg was an extremist,” Dershowitz told The Daily Caller. “He didn’t engage in careful, nuanced critiques of Israel, which is fine. He engaged in hyperbole, name-calling. He just hated, hated, hated, with a passion, almost an eroticized passion of anything associated with Israel. He was like a spurned lover — irrational.”


Many agreed Rosenberg had gone too far and he left Media Matters in April, 2012.

But Rosenberg hasn’t learned his lesson. He is still making remarkably provocative and offensive statements about Israel, and he is still capable of entangling President Obama in his escapades. As first reported in the Washington Free Beacon on Wednesday, January 16, Kristof re-tweeted one of Rosenberg’s more juvenile and offensive – and there is already quite a low bar – tweet messages:

Rosenberg, who nurses a pathological grudge against the Jewish State, refers to AIPAC as being like a pig, and is crowing about what he sees as well-deserved insults by the president to AIPAC as well as to the National Rifle Association.

Most people understand that Rosenberg is unhinged when it comes to Israel and AIPAC. Most people – at least those with a public persona – would steer clear of embracing Rosenberg’s effluvia. But not Nick Kristof. Oh no, Kristof takes Rosenberg’s “Pig Lobbies” tweet and sends it out to his 1,373,272 Twitter followers, thereby dramatically amplifying the audience for the message. Rosenberg has only 14,918 followers.

Unlike most Twitter users, Kristof does not have the phrase, “retweets do not constitute endorsements” on his profile page. Of course, it’s hard to come to anything but the opposite conclusion in this case.
jewishpress
Eingestellt von Medforth um 7:54 AM