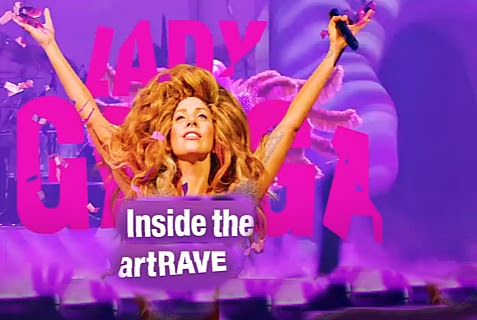 For the second time in just over two years, Lady Gaga will give a concert in Israel.
Lady Gaga’s concert on Sept. 13 at Tel Aviv’s HaYarkon Park is yet another thumb in the eye to the BDS (Boycott of, Divest from and Sanctions Against Israel) movement which seeks to intimidate musicians, artists, consumers and others into shunning the Jewish state.
Gaga’s appearance in Israel is part of her worldwide “artRave: The ARTPROP BALL.” This tour started on May 4, and is scheduled to conclude on Nov. 24.
Her first stop of the Asian wing of the tour is in Dubai, on Sept. 10. That is also listed as the most expensive concert for  fans, with tickets starting at $197.66. Her second concert, listed as her appearance with the second most expensive tickets, is in Tel Aviv, on Sept. 13, with tickets starting at $179.67.
Lady Gaga’s notoriously raunchy concerts will be toned down for her appearance in the United Arab Emirates on Sept. 1o.
According to Gulf News, chairman and CEO of AMI Live Marcos Rios, said: “There will be some edits for Dubai. It cannot be the full show, because it wouldn’t be allowed. So it’s a special show for Dubai and for the culture.”
After her performance in Israel, Lady Gaga’s next stops are listed under Europe, although the first one is in Turkey, followed by concerts in Athens and Belgium. Her fans in Amsterdam can purchase tickets for her Sept. 24 concert, starting at $51.22. The lowest priced tickets for this tour will be for Lady Gaga’s concert in Dublin on Oct. 17. Tickets for that concert start at $41.50.
The last scheduled stop of Lady Gaga’s ARTPROP BALL Tour is on Nov. 24, in Paris.
jewishpress
Eingestellt von Medforth um 8:46 PM