UK: Protest against War on Want's "War On Jews" 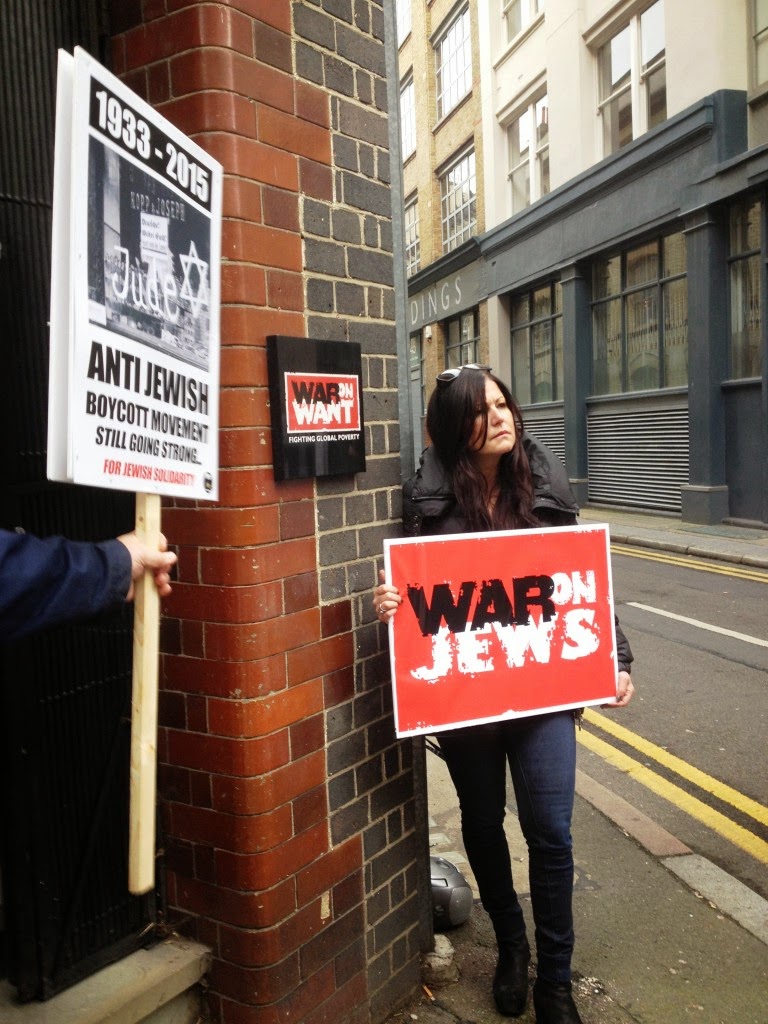 War on Want is an anti-poverty charity.  It is also active in BDS.


At 0830hrs this morning, Holocaust survivor’s daughter Yochy Davis and a team of fellow-protesters from the newly launched Jewish Human Rights Watch (JHRW) movement stood their ground outside the War On Words HQ in London.

With ‘War On Jews’ placard in hand Yochy explained, “70 years ago My father was a victim the same sort of boycott when they were introduced by the Nazis in Germany. Here we are today 70 years later being made once again a victim of the precisely the same anti-Semitism – only this time in Britain”.

At a time of rising attacks on Jews across Europe, War On Want must understand that their actions are contributing to the incitement of hatred of the British Jewish community.  We call upon War On Want to end its discriminatory policies and dissociate itself from BDS.