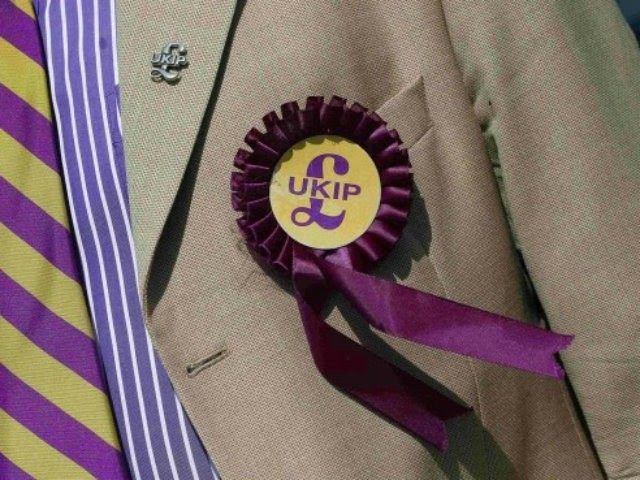 A UKIP council candidate has claimed he was thrown out of a local action group meeting by the Labour chairwoman due to his political beliefs. Patrick Lowe was banned from the Moulsecoomb Local Action Team and escorted out of the building by two Police Community Support Officers (PCSOs) on the instruction of the Chairwoman, Labour Councillor Anne Meadows, The Argus reports.
He is standing to be a councillor for Moulsecoomb and Bevendean in the Brighton and Hove City Council elections in May and wanted to attend the meeting in order to gain understanding of local residents’ concerns. Mr Lowe is also chairman of governors at Coldean Primary School and holds a number of other positions on national and regional boards as well as backing a local action group which wants to save local community centres.
According to the police, the decision was taken because Mr Lowe was being “disruptive” but Mr Lowe says he “just wanted to hear what was being discussed.”
“When I arrived I was turned away and told the meeting was for residents only but the chairman doesn’t even live in the area,” he said.
The candidate, who lives in Coldean, said he was left “shaking” after the incident, which he said was “unfair”.
“I don’t live very far away,” he said. “I’ve attended other LAT meetings in the city and this has not been a problem.
“It was because we are political rivals and that is wrong,” adding, “I am very concerned police acted on instructions from the chairman.”
“Other members of the meeting were not allowed a say.”
A police spokesman said: “Two PCSOs were attending a community local action team meeting in Moulsecoomb on Wednesday, February 11.
“The chairman had asked a member of the public to leave as his presence was disrupting the meeting and the person refused.
“The PCSOs then asked him to leave and he did so peacefully. There was no cause for any other police intervention.
“We have received no complaint about police conduct.”
The councillor responsible who represents the area, but like her political rival lives elsewhere, declined to comment, instead offering a statement on behalf of the committee. In it, she claimed Mr Lowe was using the group to “score” political points.
“Mrs Meadows was acting as requested by the resident committee,” it said, but offered no further details.
It said the group’s constitution makes it “very clear” residents and service providers in the town are welcome to take part and said “Mr Lowe lives in Coldean and has no business premises within the allotted area and therefore does not meet the criteria set out.”However, the group’s website makes no reference to these terms of exclusion, instead saying “everyone is welcome to come along.”
Local MEP Janice Atkinson said: “On the Moulsecoomb Local Action Team website it states: ‘Everyone is welcome to come along. Free coffee and a warm welcome await you.’ Well apparently not, if you are UKIP. This is a gross misuse of the PCSOs franchise. I have had experience of Labour trying to shut down debate during the European Elections when I spoke at UKIP organised public meetings.
“I welcome opposition but our opposition do not like democracy. Every time we organise a public meeting, open to all, the nasty left of the Greens, the Liberals and Labour demonstrate.”
“I hope people demonstrate their feelings towards this sort of behaviour on May 7th.”
breitbart
Eingestellt von Medforth um 8:52 AM