All At Sea: Blow For Cameron As France And Germany Plot New Political Pact 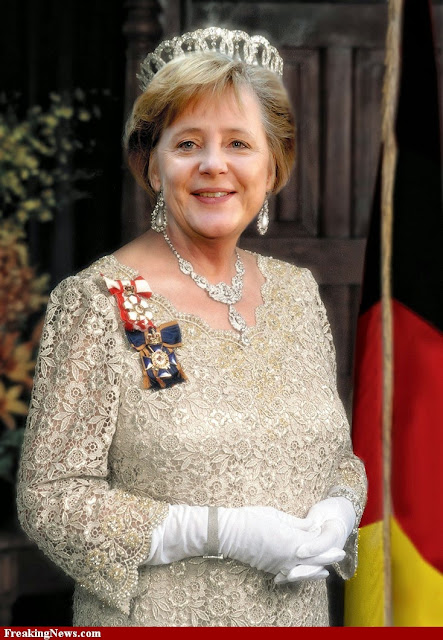 David Cameron’s plans to debate significant reforms to the EU have taken a blow as an agreement between France and Germany to integrate the eurozone without renegotiating any treaties has been revealed. Mr Cameron has embarked on a tour of Europe, starting with dinner at Chequers for the European Commission President Jean Claude Juncker, as he tries to win hearts and minds to secure reforms to Britain’s EU membership, the Guardian reports.
But the two EU powerhouses have reached and agreement to achieve tighter political union among countries in the single currency group while maintaining the current legal framework in the Lisbon Treaty.
According to French newspaper Le Monde, the pact calls for eurozone reforms in four areas – significantly “developed in the framework of the current treaties in the years ahead”. The flexibility of the Lisbon Treaty – the renamed European Constitution – is contained in the ‘rachet clause’  (known as “passerelle” clauses elsewhere in Europe) which allow extension of QMV to areas on which there are currently national vetoes, without the backing of a vote in the UK parliament.
The document states that “Additional steps are necessary to examine the political and institutional framework, common instruments and the legal basis” (of the eurozone) by the end of next year.”
The French newspaper commented that it “shows that French and German leaders do not have much in common with David Cameron”.
The proposals by Angela Merkel and François Hollande will be discussed at the EU summit in Brussels next month where Mr Cameron was hoping to reveal his list of changes he will need to keep Britain a member of the union.  Mr Juncker has been looking for a way to lead the single currency bloc out of the economic dirge it has been in for the last five years and this presentation is likely to be seized on by him.
The prime minister has called for a reopening of the treaties to essentially create a two-speed EU: one with closer integration for the eurozone and one for countries who want a looser political relationship.
But his requests have so far fallen on deaf ears, with key EU players saying fundamental EU principles, including the free movement of people, are not up for renegotiation. And the latest development, likely to be endorsed at the summit on June 25, will draw a line under Mr Cameron’s hopes that he can rewrite the laws currently enshrined in the Acquis Communataire.
A Downing Street spokesperson said that the prime minister and the EC president dined on pork and enjoyed a tour of the grace and favour house and grounds.
“The prime minister underlined that the British people are not happy with the status quo and believe that the EU needs to change in order to better address their concerns,” they said.
“Mr Juncker reiterated that he wanted to find a fair deal for the UK and would seek to help. They talked through the issue at some length in the spirit of finding solutions to these problems. They agreed that more discussion would be needed, including with other leaders, on the best way forward.”
Following the state opening of Parliament, Mr Cameron will begin pressing the flesh in his charm offensive, meeting the Danish prime minister Helle Thorning-Schmidt, daughter in law of former EU Commissioner Lord Kinnock, in Copenhagen and the Dutch Prime Minister and French President on Friday. He will then travel to Warsaw to meet the Polish prime minister Ewa Kopacz before heading to Berlin to meet with the German chancellor.

UKIP MEP Jane Collins is less than impressed. She said:
“The new Franco-German accord calling for closer political ties is yet more proof that the main players in the EU have no intention of negotiating with David Cameron to repatriate any powers back to the UK. Instead, they are powering ahead with ever closer integration of power.”
“UKIP has always warned that any changes Cameron secured would be nothing more than “window dressing”. Today’s revelations are yet more definitive proof that the EU is moving towards ever closer integration, against the wishes of many of the peoples of Europe, rather than away from it.”
The EU referendum bill will be announced after the Queen’s Speech on Wednesday.
breitbart
Eingestellt von Medforth um 8:55 AM