Austria: Israeli flag 'hurts people's feelings' - man told to either take it down, or move out 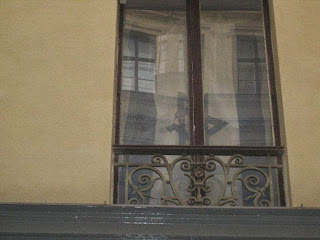 A man living in the Jewish district of Vienna hung up an Israeli flag which he got at the Nadav Guedj Eurovision concert.

He was told by the administrator of the building that the flag 'hurt the feelings of a neighbor in the building'.

Following that, the primary renter told him to take down the flag.  When he objected, he was told to either take it down or move out.
antisemitism-europe
Eingestellt von Medforth um 8:42 AM