Child Beating Imam Gets Away With Suspended Sentence 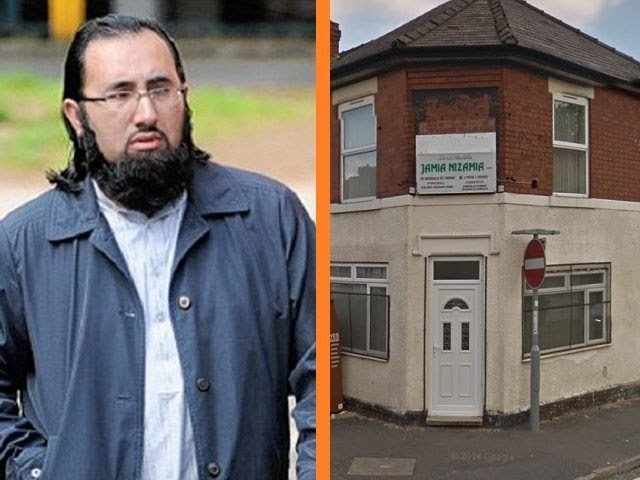 Raza Ul-Mustafa Sabir kicked, beat, and dragged around children in his care when they came to the mosque every day for instruction in the Koran, but he has only been given a ‘slap on the wrist’ after the court considered his not having a criminal record stood him in good stead. Derby crown court heard how Sabir lashed out at a nine year-old boy after he was unable to correctly recite a page from the Koran, leaving him bruised. The boy reported how the Imam had thrown him to the ground, and then proceeded to kick him. The boy later told an adult Sabir had been “hurting them”, and the imam, who was standing in for his father at the Jamia Nizamia mosque during his extended absence in Pakistan for ‘family reasons’, was arrested.
Although this court case was addressing the experience of one boy, the court believed it was not an “isolated incident” but banned him from teaching for just five years. He will also do 120 hours of unpaid work in the community, and has been required to pay court costs of £700.
In addition to filling his father’s boots at the Victorian corner shop-turned Mosque, Breitbart London can reveal Sabir is also a frequent contributor to online forum paklinks.com, where he has made a remarkable 12,000 posts. Writing under the pseudonym FBI786, Sabir wrote lengthy posts on a diverse range of subjects including his personal interpretations of Sharia law, pornography, and his ‘beloved’ Pakistan.
In one thread, Sabir writes at length about cosmetic surgery and Sharia, deeming breast implants and face lifts to be against the will of God. In another, he lashes out at Muslims in Western countries who celebrate St. Valentines day in a  comprehensive 7,200 word rant in which pours scorn both on the fornicating kaffir (non Muslims), and recited passages of the Koran damning Muslims who express positive emotions towards non-Muslims.
On pornography, his views are simple – viewing it as a man will “lead you to hellfire”, but even worse are women whose men enjoy pornography, labelling them all as ‘worse than homosexuals’.
Sabir vowed in court he would take teacher training, and return to instructing Muslim youth again once his ban had expired.
breitbart
Eingestellt von Medforth um 9:09 AM