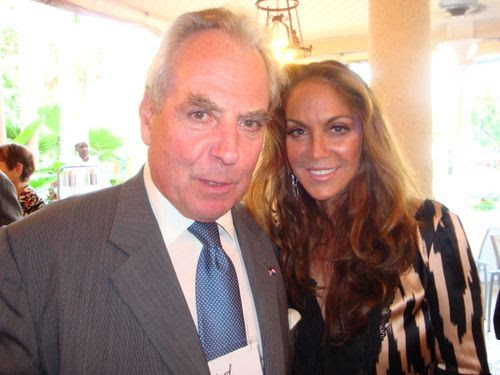 Former UKIP leader Lord Pearson of Rannoch has asked the British government if they will support a competition by artists to depict the Muslim Prophet Mohammed.
Lord Pearson, who led the party during the 2010 General Election when Nigel Farage stepped down to contest the seat of Buckingham, submitted the question to the Department of Culture, Media and Sport yesterday, according to the Huffington Post.
He asked if the Government “plan to support a contest in the United Kingdom between artists depicting the prophet Mohammed, and if so, whether they will provide security protection for such an event.”
A similar event in the United States resulted in the killing of two heavily armed men who opened fire at an art show where pictures were being displayed near Dallas, Texas. The first annual Muhammad Art Exhibit and Contest was held on Sunday, May 3, hosted by human rights and free-speech activist Pamela Geller and her organization, the American Freedom Defense Initiative (AFDI).
The exhibit featured images of Islam’s prophet in both historical and contemporary settings, showcasing the top 200 artistic renditions that were submitted for consideration.
She has said she will be holding another event, refusing to be scared into silence.
The successful insurance broker and philanthropist, who was made a life peer in 1990 Lady Thatcher has courted controversy in the past with his outspoken criticism of radical Islam. He previously said the Qur’an inspired the killers of Fusilier Lee Rigby in 2013.
His question was criticised by the Muslim Council of Britain, who said “Baron Pearson of Rannoch often makes silly propositions, and this is one of them.”
Ukip distanced itself from its former leader’s question, and a spokesman said: “Lord Pearson is asking the question in a personal capacity and is not doing so on behalf of Ukip.”
This month Breitbart published an extraordinary interview by Ms Geller, with a woman who suffered for years at the hands of Muslim rape gangs.
breitbart
Eingestellt von Medforth um 4:22 PM