Global Liberal Consensus Will Hit Eurosceptics With Massive Firepower, But It Can Be Defeated 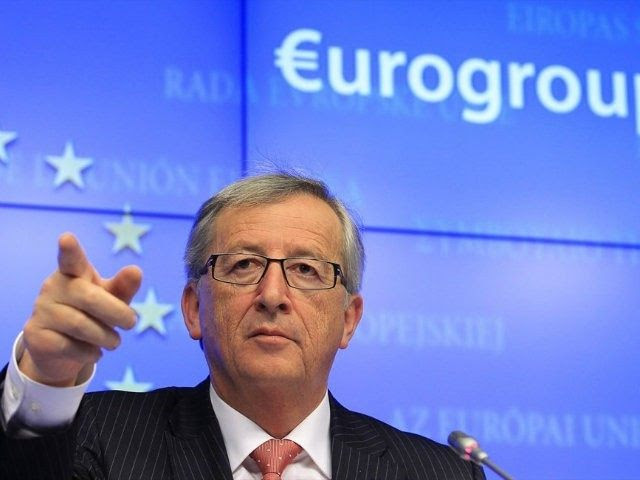 The European Union In/Out referendum campaign has effectively begun and the tactics of the anti-British (more politely, Europhile) camp are already clear. In broad-brush terms, they intend it to be as early a vote as possible, to deploy massive resources to bombard voters with pro-EU propaganda, to squeeze every advantage from their occupation of the commanding heights in media communications and to demonise and ridicule their patriotic opponents. Make no mistake, the Europhiles will get down and dirty in this campaign as never before. The forces ranged against UKIP and all other Eurosceptic elements will be massive, on a quite unprecedented scale. The sums of money available to the pro-Brussels camp will be virtually unlimited, from the EU itself, the United States liberal establishment, the over-mighty international banks, and all the multifarious sources that routinely fund campaigns promoting the agenda of the global liberal consensus.
Any Eurosceptic who imagines this is a British domestic issue, or even a European debate, is sadly deluded. Globalisation is a term usually employed to describe the worldwide economy, the shrinking of the globe by technology and the corrosive cultural convergence these developments have generated. But there is another, even more sinister, version of globalisation.
It is the international consensus among governments, supranational entities such as the EU and the UN, the banks, multinational corporations, NGOs and well-funded private foundations, all of which subscribe to a liberal, anti-national, anti-family, secularist, multicultural, progressive agenda tending towards world government and an Orwellian extinction of individual identity.
The causes supported by the progressive consensus may not, at first glance, seem particularly congruent. It is homosexual “rights” (because anti-family) one day, ruthless population control in the developing world the next day, mass immigration and banking bailouts the day after that. Yet this apparent potpourri of programmes is perfectly coherent: it represents the advancement of everything that sustains the mega-rich, “socially liberal” oligarchy in its entrenched power and suppresses the views and interests of the small-scale wealth-creating, traditional-thinking populations of countries under its thraldom.
You could not find a cause more representative of the interests of the global oligarchy than the European Union. Leeching wealth from member states, disbursing billions of euros to those who know how to work the system, providing generously for countless hangers-on, increasingly extinguishing the national sovereignties and identities of member states and imposing a PC tyranny on an entire continent – from a liberal-left perspective, what’s not to like?
Eurosceptics must realise that the bombardment they are about to undergo will be beyond anything in previous political experience. A small-scale foretaste was provided by the recent Irish referendum on homosexual marriage. The No camp found itself attacked by every political party, every newspaper and media outlet, the vile Twitter mob, international loudmouths, celebrities and even stabbed in the back by Vichy Catholic bishops. That experience could be viewed as a mini-rehearsal for Britain’s EU referendum.
The progressive consensus will throw everything it has at this. Europhiles know that if they can defeat this last British bid for freedom the result will be irreversible. Thereafter, intensified demographic reconfiguration of the electorate and relentless propaganda in schools and everywhere else can be relied on to extinguish the British identity. There will not be another referendum, at least not one with the slightest prospect of liberating Britain from Brussels.
These observations are not made with a view to demoralising the Eurosceptic camp – far from it! – but in the hope of alerting patriots and steeling them to endure the heavy pounding to which they will be subjected. There are grounds for optimism, too. The very scale of the In campaign may render it contradictory and incoherent, over- confident and vulnerable to intelligent attack. That is of the essence. The Out campaign has to forge a simple, coherent, positive and persuasive narrative and stick to it.
While there is no doubt (the Irish referendum proved this) that overwhelming media control can alter the formerly settled opinion of an electorate, a clever underdog can occasionally come out on top. The essence of the campaigns run by the progressive consensus is cultural, rather than economic. In Ireland, same-sex marriage was made to appear “cool” to a younger generation totally superficial in its outlook. But the Europhiles have an uphill battle to make tens of thousands of middle-aged suits in Brussels, aggressively corrupt, overweight and over-privileged, look even tepid, let alone cool.
If the Out camp can make the recovery of British sovereignty seem both romantic and futuristic (as the SNP has contrived to do with putative Scottish sovereignty), they will be well on the way to victory. The economic and trade arguments, so often and audaciously misrepresented as being favourable to EU membership, are on the side of withdrawal from the sclerotic Brussels cartel – a topic to be addressed in detail here as the referendum campaign progresses.
Fighting Britain’s corner is going to take great courage, intelligence and tenacity – but can you think of a more worthwhile prize? Churchill was not daunted, in the face of more terrible odds. If we deserve to recover our nationhood, we will not flinch either.
breitbart
Eingestellt von Medforth um 1:50 AM