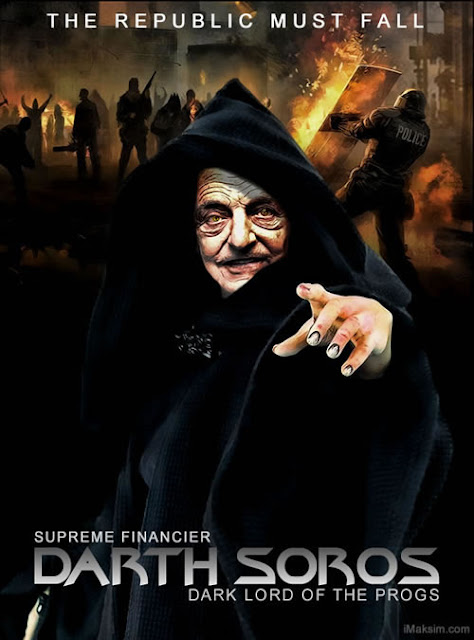 Firebrand Hungarian Prime Minister Viktor Orbán (pictured above) has, for the second time during Europe’s migrant crisis, lashed out at billionaire George Soros who he says is responsible for the continent-wide epidemic. Mr. Orbán was interviewed on Hungarian radio this morning. He blamed the likes of Mr. Soros – a massive funder of pro-migration groups across the world – for attracting what he described as an invasion of migrants to the continent, reports Der Spiegel.
He said: “This invasion is driven, on the one hand, by people smugglers, and on the other by those (human rights) activists who support everything that weakens the nation-state.
“This Western mindset and this activist network is perhaps best represented by George Soros.”
Mr. Soros uses his billions to promote his worldview in over 100 countries. He funds a global network of foundations, initiatives, projects and partners to promote his particular vision of an enlarged European Union and a world with no borders.
As Breitbart London previously reported, he believes groups funded by Mr. Soros “are drawing a living from the immigration crisis”. His Open Society Foundations, which provide endless streams of pro-migration talking heads for news outlets, are a case in point.
The Open Society Institute–Budapest (OSF) has helped activists working with migrants on issues “affecting the safety and well-being of migrants, refugees, and asylum seekers”. Despite the return to relative peace and stability seen in Hungary following decisions taken by Mr. Orbán, it has repeatedly condemned his government’s rhetoric and the sealing of borders to migrants. The OSF website explains:

“We believe that migration and asylum policy should be grounded in economic and demographic realities, not driven by temporary political considerations or popular misconceptions. In Europe, many of our civil society partners are raising their voices demanding a common European approach in line with international human rights commitments. We also support legal action aimed at ensuring governments meet their obligations under international law to treat all migrants with dignity, and offer them asylum when circumstances dictate.”
As far as Mr. Orbán is concerned migration policy is in fact being driven by what he calls America’s “naked national and imperial interests”. In the past he has also identified financial self-interest as a motive of Western groups promoting migration.
breitbart
Eingestellt von Medforth um 11:19 AM