After the victory of pro-sovereignty and anti-mass migration Czech President Miloš Zeman at the weekend, many are looking to the three big national elections coming in Europe this year in which populists and pro-sovereignty parties look to dominate in Italy and Hungary and place strongly in Sweden.

While 2017 saw major elections in France and Germany, which saw strong showings from the populist French Front National and the Alternative for Germany (AfD), neither managed to enter government. In Austria, the Freedom Party (FPÖ) became the first populist party in Western Europe to enter government and polls show that in 2018 this trend could continue.
Italy
Italy’s general election is coming March 4th, and there has already been a significant rise in support for populist parties like Lega and the Eurosceptic Five Star Movement.
The election will see the first use of the new “Rosatellum” election law passed late last year that mixes the UK’s first-past-the-post system and proportional representation.
Polls show the centre-right coalition of the populist Lega, led by Matteo Salvini, and the Forza Italia party, led by former Prime Minister Silvio Berlusconi, the most likely to place first in the overall vote.
View image on Twitter 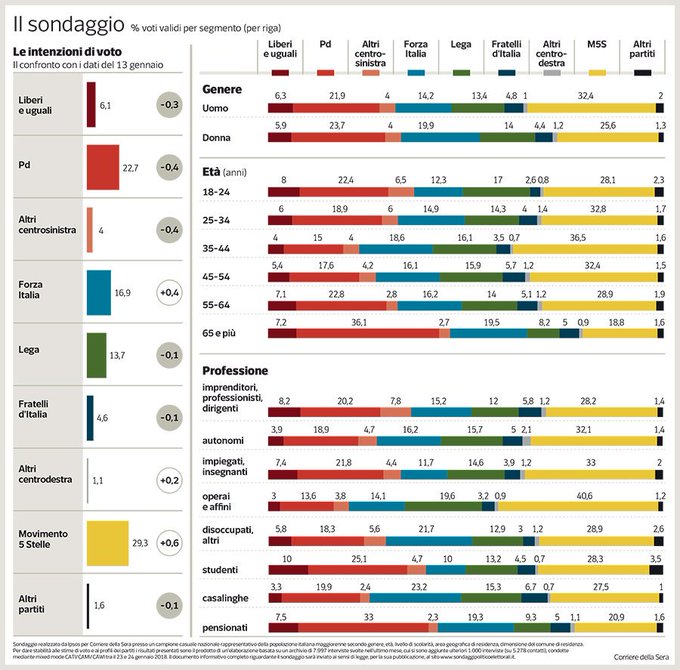 Twitter Ads info and privacy
Berlusconi is unlikely to become prime minister due to being banned from public office following a tax evasion conviction, paving the way for anti-mass migration Salvini to possibly assume the role if Lega can bridge the small gap themselves and Forza Italia on election day.
Salvini, who has been an outspoken critic of mass migration, has promised to deport 500,000 illegal migrants from Italy within five years if he becomes prime minister.
Hungary
The Hungarian national election, scheduled for April 8th, is looking to be a largely one-sided affair as the pro-sovereignty, anti-mass migration Fidesz party of Prime Minister Viktor Orbán dominates every poll. A poll released on Sunday shows Fidesz and their coalition partner, the Christian Democratic People’s Party (KDNP), with 54 per cent.

Twitter Ads info and privacy
Fidesz has continued to push for Hungarian sovereignty in the European Union, especially regarding migrant issues. The party also put out a survey as part of its campaign against the influence of left-wing Hungarian-American billionaire George Soros.
The “public consultation” campaign saw a record 2.1 million postal responses with the vast majority of Hungarians supporting the government’s campaign against Soros and his vast network of pro-mass migration NGOs.
Sweden
The last major national election this year will take place in Sweden on the 9th of September.  The rising levels of violent crime, coupled with the impact of mass migration and growth of migrant-populated no-go zones has led to a surge in support for the populist Sweden Democrats (SD).
While the SD were tied for first place with the ruling Social Democrats in December, January polls have seen them slump into third place behind the Social Democrats and the Moderate Party.

Twitter Ads info and privacy
The polling has largely changed as many of the mainstream parties have adopted similar views to the Sweden Democrats. Last year, the moderates repeated the SD’s call for the release of immigrant background data in criminal statistics and several members called on the government to deploy the army to assist police in no-go zones.
Even the Social Democrats under Prime Minister Stefan Lovfen, recognising the escalation of violence in no-go zones, have not totally ruled out the deployment of the armed forces.


Yet concerns over whether these mainstream parties will renege on their promises to control these issues once elected back into power may continue to drive support for the long-time supporters of border control in Sweden.
http://www.breitbart.com/london/2018/01/30/pro-sovereignty-populists-dominate-european-2018-elections/
Eingestellt von Medforth um 4:06 AM