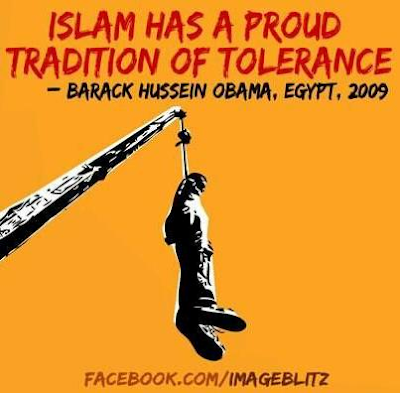 The British government has rejected a petition calling for a Free Speech Act and an end to laws against so-called ‘hate speech’.
“For several years now the government has been infringing people’s most basic rights to speak freely on matters, by deeming their speech ‘offensive’ or ‘hateful. and declaring that such speech, even online, warrants being fined or jailed,” the petition suggests.
“We demand the legal right to Free Speech, in an Act which will bring an end to the ludicrous notion that ‘hate speech’ and ‘offensive speech’ deserves people be imprisoned or charged … Ideas must be fought with other ideas, not with force.”
The petition system in the United Kingdom allows citizens to have petitions published on a parliament.uk website, subject to certain conditions. The Government is supposed to respond to petitions which pass 10,000 signatures, and the Backbench Business Committee is supposed to “consider” petitions which pass 100,000 signatures for a parliamentary debate.
The Home Office, led by Amber Rudd MP, responded on behalf of Prime Minister Theresa May’s administration as the Free Speech petition reached around 16,000 signatures — rejecting it out of hand.

British Police Arrest At Least 3,395 People for 'Offensive' Online Comments in One Year

Twitter Ads info and privacy
“The Government is committed to upholding free speech, and legislation is already in place to protect these fundamental rights,” the statement begins — then immediately contradicts itself, adding: “However, this freedom cannot be an excuse to cause harm or spread hatred.”
The statement explains that British citizens have “a right to freedom of expression under Article 10 of the European Convention on Human Rights (ECHR)”, but that “This is a qualified right … This means that free speech is not absolute.”
The right to freedom of expression as described by Article 10 of the European Convention on Human Rights is certainly qualified, with the document spelling out in no uncertain terms that free speech rights are “subject to such formalities, conditions, restrictions or penalties as are prescribed by law and are necessary in a democratic society, in the interests of national security, territorial integrity or public safety, for the prevention of disorder or crime, for the protection of health or morals, for the protection of the reputation or rights of others, for preventing the disclosure of information received in confidence, or for maintaining the authority and impartiality of the judiciary.”
Critics have pointed out that, far from providing citizens with the right to freedom of expression, the European Convention in fact provides governments with the right to restrict freedom of expression on the flimsiest of pretexts, with the caveats concerning the protections of “morals” and “the reputation or rights of others” appearing particularly open to abuse.

Jack Montgomery ن ✔@JackBMontgomery
"Do not post anything which could be considered offensive" – Police hunt down Facebook users who made "offensive" comments about Muslim grooming gangs online. #Priorities http://www.breitbart.com/london/2018/01/13/police-hunt-offensive-comments-grooming/ …

Police have warned 'offensive' comments will not be tolerated after tracking down users who posted about Muslim grooming gangs on social media.
breitbart.com

Twitter Ads info and privacy
The authorities under have if anything appeared more enthusiastic in cracking down on free speech since the nominally conservative Tory Party returned to office in 2010, with the police dedicated significant resources towards arresting people for making “offensive” online comments despite swingeing budget cuts.
Figures obtained under the Freedom of Information Act revealed that police forces increased arrests under section 127 of the Communications Act 2003, which makes it illegal to intentionally “cause annoyance, inconvenience or needless anxiety to another”,  by up to 877 per cent between 2014 and 2016.
At the beginning of 2018, police in Northumbria even took the time to hunt down Facebook users for making “offensive” comments about Muslim grooming gangs.
“We would also like to take this opportunity to remind people using social media that they should do so responsibly and ensure they do not post anything which could be considered offensive,” the force warned.