Labour shadow minister Andrew Gwynne has suggested the party could ban foreign-owned newspapers if his party seizes power, without specifically ruling out online outlets such as Breitbart.

His comments came after the Labour leader Jeremy Corbyn hinted at a crackdown on the free press, telling the media “change is coming” after his right-wing papers published unfavourable stories about his meetings with a Communist spy during the Cold War.
The 68-year-old socialist held several meetings with a Czechoslovakian ‘diplomat’ in the 1980s, who now claims Corbyn was a paid informant. Corbyn has admitted to the meetings but denied knowing the man was a spy or working for him,
The Czech authorities say the Labour leader is not on file as a collaborator, although the ex-spy countered this by saying: “It’s not important what you can find in official documents. Don’t forget, a lot of them were destroyed.” 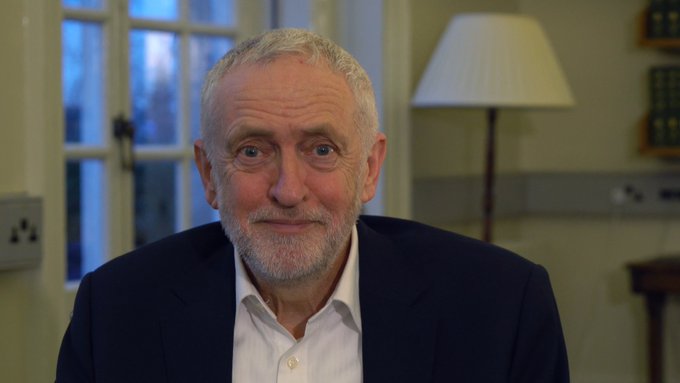 Jeremy Corbyn ✔@jeremycorbyn
In the last few days The Sun, The Mail, The Telegraph and The Express have gone a little bit James Bond.

We've got news for the billionaire, tax exile press barons: Change is coming.

Twitter Ads info and privacy
In a video posted to social media, Corbyn singled out The Sun, Daily Mail, Daily Telegraph, and Daily Express, accusing them of going “a little bit James Bond” and “continuing to resort to lies and smears”.
“Publishing these ridiculous smears that have been refuted by Czech officials shows just how worried the media bosses are by the prospect of a Labour government,” he said.
“We’ve got news for them: change is coming,” he added in a threatening tone.
Speaking on the BBC’s Daily Politics show, Labour’s Shadow Communities Secretary Andrew Gwynne said Labour would be “bringing forward measures” to control the press.
When asked if the party would ban foreign ownership of media, he said, that was “to be decided”.
“[Banning foreign ownership] is one option that may be on the table… change has to come because we can’t go on with media barons being able to present smears as fact and as news,” he added.

Nigel Farage ✔@Nigel_Farage
Corbyn has attacked the free press after refusing broadcast interviews all day. I suspect he has something to hide. Let’s see the Stasi file. #FarageOnLBC https://www.pscp.tv/w/bVsW_zEwMDg1NDR8MXZBeFJWUHZMemt4bLmCMoxeFtvLgqLBvWDeqOOSF8kfOCrlgSs8nB42dzvX …

Twitter Ads info and privacy
The media has previously reported Corbyn admitting to inviting senior Hamas and Hezbollah members into Parliament, accepting thousands of pounds from the propaganda wing of Iran’s hostile Islamic fundamentalist regime, and meeting with IRA terrorists and supporters.


Both the Prime Minister and former UKIP leader Nigel Farage have called on Corbyn to be more open about his alleged ties to Communist spies, with the latter also slamming the Labour leader for “attacking” the free press.
http://www.breitbart.com/london/2018/02/21/change-is-coming-labour-threatens-free-press-could-ban-breitbart/
Eingestellt von Medforth um 9:15 AM