Populist leader of the Lega party Matteo Salvini struck back at a pro-migrant bishop who attacked him for swearing an oath of loyalty to the Italian people on a bible, saying “in my Italy, immigration has rules”.

Salvini promised to swear his oath of office on a bible last Saturday at a rally in Milan which drew the ire of Roman Catholic archbishop Gian Carlo Perego, also known as the “bishop of migrants”, Il Giornale reports.
“Here we are faced with a leader who contradicts himself with the Gospel and with the rosary and on the other hand he preaches the non-acceptance and refusal of the other: yesterday the southerner, today the foreigner,” Perego said referring to the Lega’s past as a northern separatist party.
In response to the criticism, Salvini said: “In my Italy, immigration has rules, numbers and limits, as in America and Canada. According to you, the Gospel says welcome anyone? With 5 million Italians in poverty, the ‘next neighbour’ is in Milan, Naples, Turin, Rome.”
At a rally in Padua on Monday, Salvini went further, saying: “Now I understood why on the left they are so angry, they would like to swear on the Quran.”
Salvini is currently vying for the position of Prime Minister in the centre-right coalition between his party and the conservative Forza Italia led by former Prime Minister Silvio Berlusconi. The two parties have agreed that whichever gets the most votes will get the leadership spot and polls show the Lega leader only a few percentage points behind his rival.
View image on Twitter 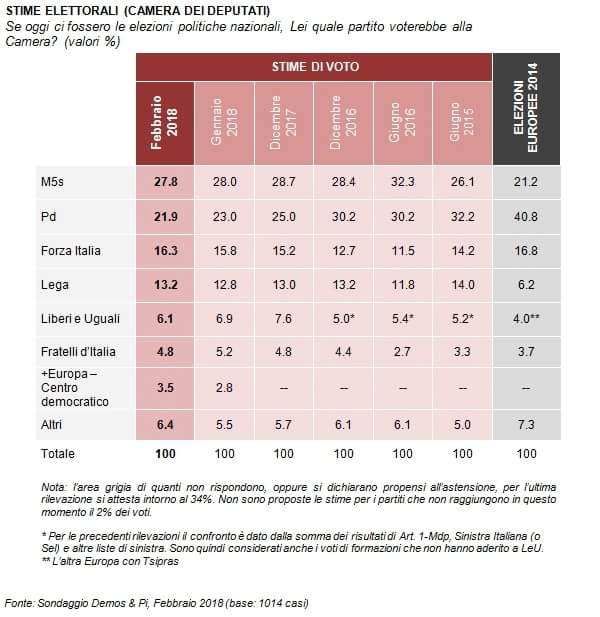 Twitter Ads info and privacy
Both Salvini and Berlusconi have promised to be tough on mass migration if elected on Sunday. The pair, who seem likely to win the vote but may fall short of enough votes to form a government, has promised to deport hundreds of thousands of illegal immigrants.
Migrant crime has become a major issue in the election following the brutal murder of 18-year-old Pamela Mastropietro who was allegedly killed by a Nigerian drug dealer, dismembered, and then packed into suitcases which were left by the side of a road.


Some have even suggested that certain body parts were not recovered and alluded to the possibility they were eaten by the Nigerian migrants thought to be involved in the murder.
http://www.breitbart.com/london/2018/02/28/italian-populist-leader-slams-pro-migrant-bishop-swear-oath-bible/
Eingestellt von Medforth um 2:40 AM