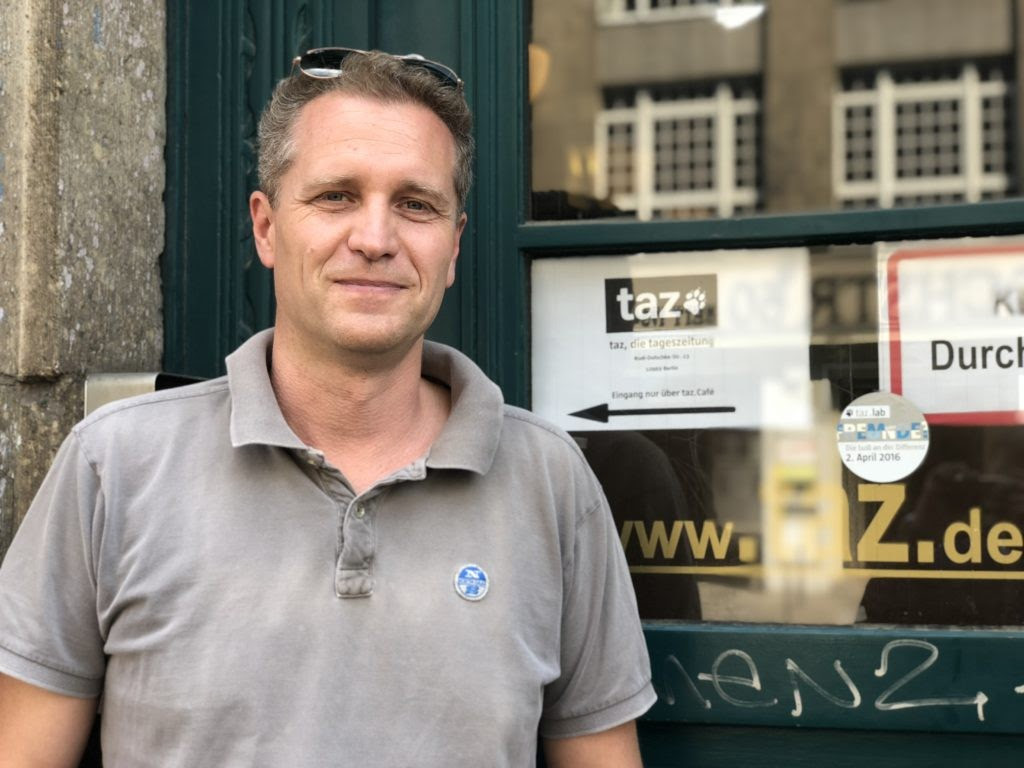 Populist Alternative for Germany MP Petr Bystron has announced he wants to try and help Tommy Robinson claim asylum in Germany and spoke exclusively to Breitbart London on the political oppression of opponents of the establishment.


Calling Robinson a “political prisoner”, Mr. Bystron expressed concern over the growing number of arrests and legal cases being brought up against both members and supporters of populist movements and activist organisations.“We have two points,” he said. “The first is not only is he a politically persecuted person, now he’s become a political prisoner, which is one level higher.”
“The second point is, as we all know, it’s a danger for his life. He’s going to be in prison with 80 per cent Muslims,” he said and added: “We were thinking about it, you know, how could we help?”
“We’ve seen there has been a high level of opposition throughout Europe against this act. So we said, ‘Okay now society is reacting but we need not only banners, not only stickers but something else, something real,'” he said and noted the move was also a criticism of Germany’s open border migrant policy during the 2015 migrant crisis.Bystrom noted that he had received a lot of positive feedback from the public saying that his social media was filled with comments supporting the idea.
Political persecution of populists and supporters of anti-establishment parties and movements is something Bystrom said he believed was happening across the continent.
“For me, it’s a deviation of the law, a deviation of European heritage,” he noted and said: “In fact, with the current EU we are coming back into the time of the 80s at the end of Communism.”
“I’ve met many people either from the eastern part of Germany or former Czechoslovakia or Hungary or the Soviet Union. All those people who experienced the late stage of Communism in the 80s and are now living here say the atmosphere is the same,” he said.
Bystrom talked about the difference between reality and what is printed in the mainstream media comparing it to Soviet Union newspapers writing about the success of five-year plans while supermarket shelves were barren.“If you criticise the system, you get persecuted in a way which is terrible. People in Germany are now losing their jobs. People in Germany are losing their flats, their bank accounts, their social environment,” he said adding: “We are facing a really dangerous situation which is why I’m so often posting on Facebook: 1984 is now.”
The AfD scored a record electoral win last year in Germany’s national election, not only entering the German parliament for the first time but becoming the official opposition after Chancellor Angela Merkel’s initial coalition talks failed and she was forced back into the so-called “grand coalition” with the Social Democrats (SPD).
A poll taken earlier this year even showed the party briefly pass the SPD, polling secondbehind the coalition of Chancellor Merkel’s Christian Democratic Union and the Bavarian Conservative Social Union.
http://www.breitbart.com/london/2018/05/29/german-populist-mp-wants-grant-tommy-robinson-asylum/
Eingestellt von Medforth um 1:13 AM