A gunman who fatally shot three people outside a cafe and took one woman hostage at a school in Liège, Belgium, on Tuesday morning allegedly shouted ‘Allah hu Akbar’ before being shot dead by police.

A gunman has been “neutralised” after shooting dead two police officers and taking one woman hostage at a school in Liège, Belgium, on Tuesday morning.

Shots were heard in the centre of the eastern Belgian city of Liège at around 10.30 am local time when an armed man opened fire on two policemen at the Cafe des Augustins on the Rue des Augustins.
The man then fled and held a cleaning lady hostage in the Waha high school. Police confirmed that security services arrived on the scene and shot the suspect dead, reportsHLN.
An eyewitness video appears to show evacuation of the Avroy Boulevard with the sound of gunshots in the distance and people running for safety. Later footage shows a convoy of ambulances heading towards the scene. 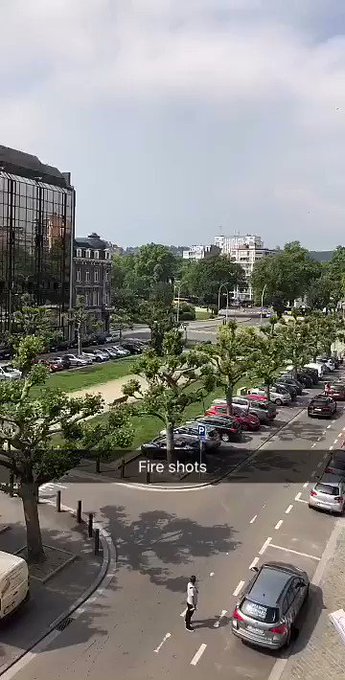