The organisers of Sweden’s largest music festival have announced that the event will come to a close after cancelling this year’s festival following a wave of sex attacks last year.

Organisers FKP Scorpio announced that there are no plans to put on another Bråvalla festival again this after speculation that the festival may occur in 2019 despite being cancelled this year, Norrköpings Tidningar reports.
Kajsa Apelqvist, who heads public relations for the organisation, said: “It’s a very disappointing decision to take, but the overall picture we have is that we can not develop the festival in the way we want to be relevant to our visitors in the future.”
When asked about the wave of sex attacks at the festival, which resulted in the festival being cancelled this year, Apelqvist said: “We have always claimed that it is not a festival problem but a social problem. How we ensure our visitors’ safety is something we are constantly developing, and that’s something we’ll never finish.”
“I believe we have contributed to people talking, standing up and reporting criminal offences committed. It’s good that people show that they do not take shit. That’s what we are proud of,” Apelqvist added.
View image on Twitter 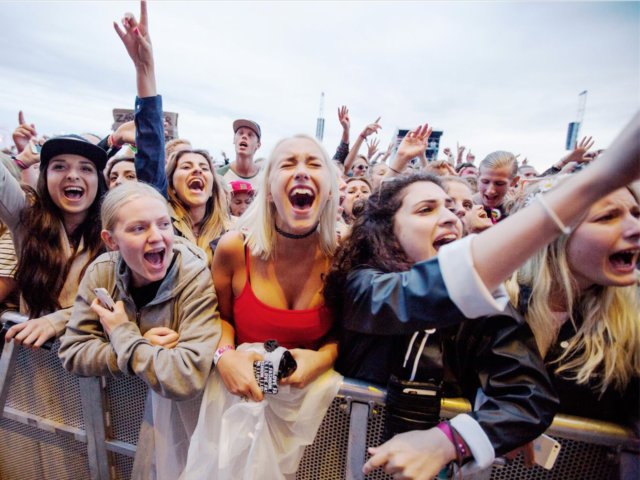 Twitter Ads info and privacy
Last year, the festival saw at least 11 sex attacks, three of which led to arrests; the year before, nearly 40 young girls complained of being sexually harassed or abused by men often described as “foreign”.
One victim, 17-year-old Alexandra Larsson, described her attackers saying: “They were probably immigrants. I hate to say it. But it is the truth.”


As a result of the sex attacks at Bråvalla and other music festivals in Sweden, feminist Emma Knyckare announced last year that she would plan a festival in which men were not allowed to attend to prevent sexual abuse and harassment. So far no such festival has taken place.
http://www.breitbart.com/london/2018/06/21/swedish-bravalla-music-festival-shuts-down-good-following-wave-sex-attacks-previous-years/
Eingestellt von Medforth um 2:56 AM