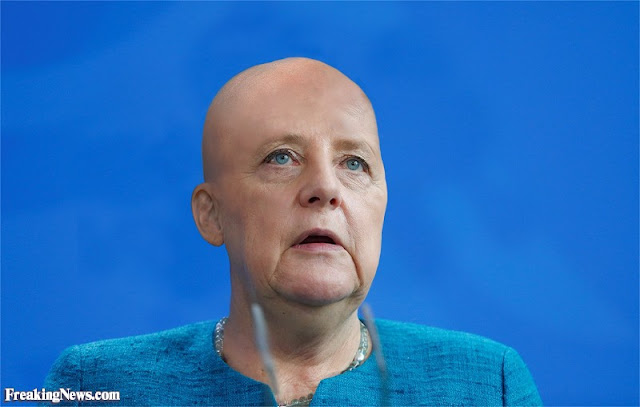 The crisis which could see the toppling of German Chancellor Angela Merkel has heightened after she was unable to secure any consensus or deal at an informal European summit on migration over the weekend.

Chancellor Merkel, along with several prominent European leaders from 15 other countries, met in Brussels over the weekend as part of an informal discussion on migration ahead of a formal summit to take place on Thursday.
Despite looking for a European solution to deal with the migrant issue, Merkel left the meeting with no agreement but what she described as “much goodwill”, Stuttgarter Nachrichten reports.
The lack of any quick agreement is an issue for Merkel as her coalition allies, the Christian Social Union (CSU), who have given her only two weeks to find a European solution to the crisis or she could face the collapse of the government and be forced out of the Chancellery.


Interior Minister Horst Seehofer, leader of the CSU, has called for German police at the border to be able to turn away asylum seekers, a point Ms Merkel does not agree with.Seehofer, along with Bavarian Prime Minister Markus Söder, has put pressure on Merkel as they have embraced more right-wing and populist platform policies on migration ahead of the Bavarian election later this year where the party currently polls at around 40 percent, putting their current majority in jeopardy.
During the summit, newly elected Italian Prime Minister Giuseppe Conte, who was chosen by the leaders of the populist Lega and Five Star movement coalition, put forward his own 10-point policy which would scrap the existing Dublin agreement.
Conte argued for massively reducing illegal immigration and proposed that economic migrants without any chance of asylum should be distributed among the EU member states.
The new Italian government has taken one of the most hardline stances on illegal migration in Western Europe in recent weeks with Interior Minister Matteo Salvini, head of La Lega, leading the way by banning several migrant transport NGO vessels from docking in Italian ports.
Reactions to Merkel’s failure to secure a deal varied but Malte Pieper, a correspondent with German public broadcaster ARD, felt so strongly about the failure she called on Ms Merkel to resign saying: “Clear the Chancellery for a successor whose name is not as loaded as yours is.”
“Her name has become a ‘non-name’ in many European countries where a bad mood is guaranteed as soon as possible when you pronounce it,” Pieper added.
http://www.breitbart.com/london/2018/06/25/merkels-chances-securing-chancellorship-fading-no-deal-reached-weekend-migrant-summit/
Eingestellt von Medforth um 11:40 AM