Germany: Statue of the Virgin Mary beheaded and damaged 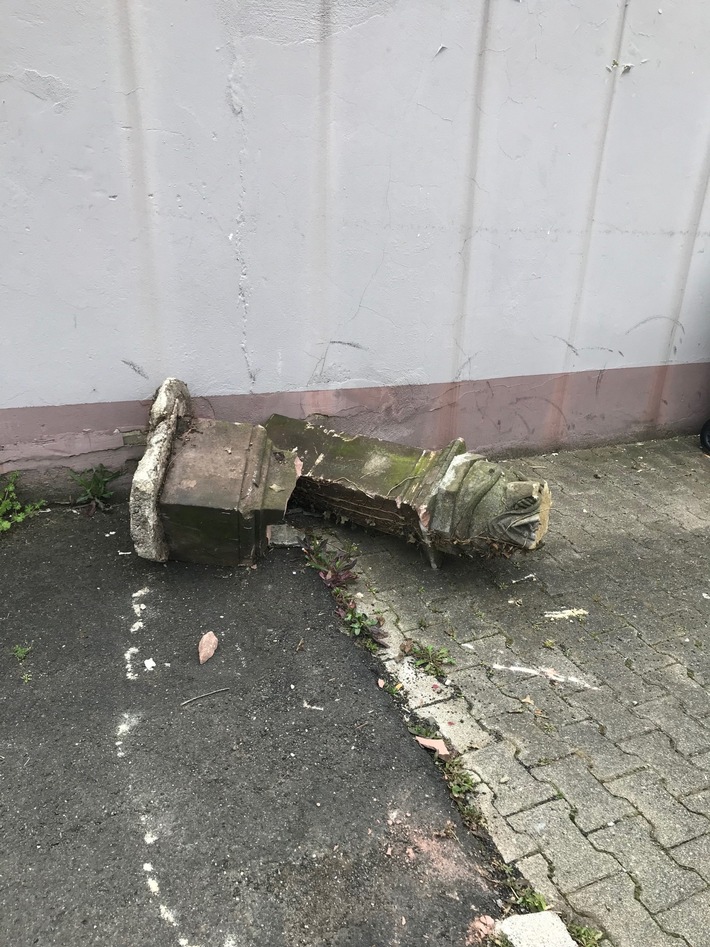 Photo: Polizei Rheinland-Pfalz
After a man from Trier district of West reported the theft of a sandstone statue of the Virgin Mary last Saturday, May 18, the severely damaged sculpture (photo above) was found last Sunday, May 19, in Trierweilerweg street. The statue of the Virgin Mary made of sandstone from Udelfang was stolen from a private property in Trier's Grana street between the 14th and 18th of May.According to police investigations to date, the sculpture, which is about two metres high and weighs 150 to 200 kilograms, must have been carried off the property by several people. The statue has now been found in Trierweilerweg street.However, it is severely damaged. According to witnesses, the sculpture had already been lying in an access road to the property since May 18. It was broken into several parts. The upper part with head and body is missing. "In addition to its material value, the statue of the Virgin Mary has a very high non-material value for the owner," says Karl-Peter Jochem, press spokesman for the police headquarters in Trier, "he is very upset about the theft and the damage. The Trier Police Department is now looking for witnesses who can provide information about the theft and asks: Who saw people transporting the statue of Mary between 14th and 18th of May in the area of Grana street and Trierweilerweg street?Who can give information about the whereabouts of the head and body of the statue? Who can give other pertinent information to the police station Trier, call 06511/9779-3200?